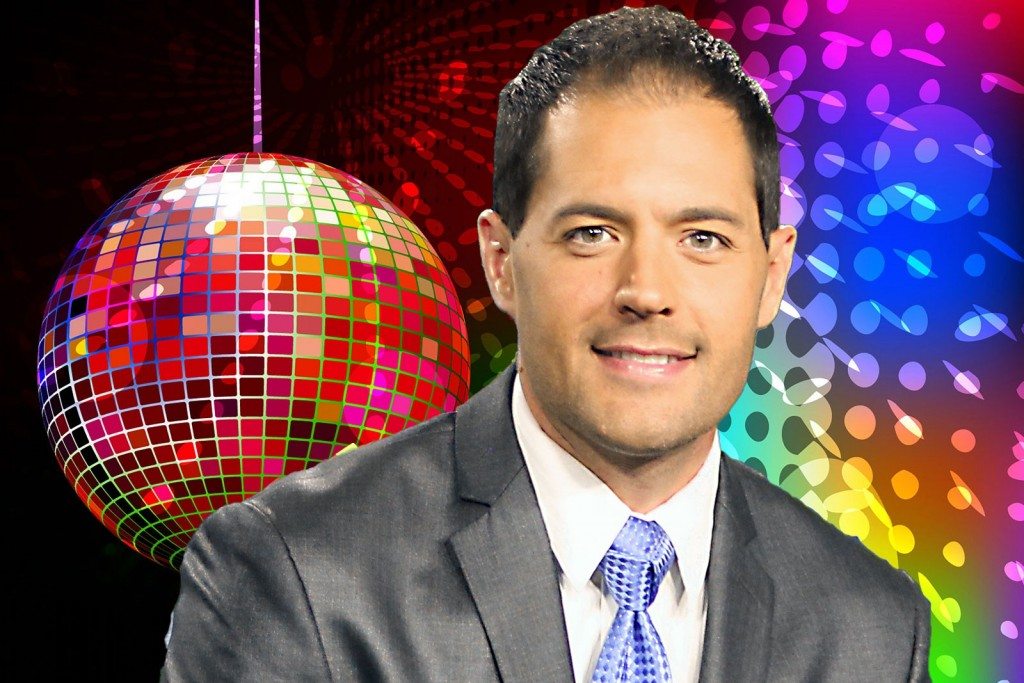 Now just because Dave Griek is a sports fanatic doesn’t mean he’s athletic… or does it? This guy has been sports director at KHGI-TV for over six years, and he’s seen all over the Kearney area with camera and microphone, working the sidelines and court action. Maybe ballroom dance is going to be part of NTV’s sports coverage after Dave wows us with his skills in Kearney’s Dancing with the Stars? Dave’s wife Machaela is his number one fan, and supports him in his volunteer efforts in the community, helping to found the Central Nebraska Local Outreach to Suicide Survivors team and at Kearney Therapeutic Horseback Riding program. Even though his news program shares the network for ABC’s Dancing with the Stars, Dave says he’s never seen the show, probably because he’s on air right before it comes on. Maybe we should tell him Emmitt Smith, Apollo Ono and ESPN’s Kenny Mayne have been dancers?

Least favorite dance style or step: “The rest of them.”

Your ‘go-to’ dance move: “Go to the bar for the next round of drinks.”

Words to describe what you look like when you dance: “Lanky?”

Favorite memory of dancing: “When I’m not dancing.”