Community raises $98,000 with Kearney’s Dancing with the Stars

KEARNEY — For the dancers at “Kearney’s Dancing with the Stars,” chemistry made the difference.

“It helped that we had pretty good chemistry,” Lamberson said. “We knew each other coming into the competition, and we were able to have fun with it, joke around, make mistakes and make fun of each other.”

More than 700 people attended the fundraiser presented by the Kearney Rotary clubs. 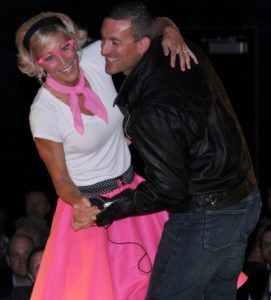 “Elizabeth is a critical thinker, and so all the little details that go along with the dance — or any specific dance moves — she analyzes, she watches the video, she makes sure she’s doing it right, she asks questions,” Lamberson said. “Where, as I would blow through things and go fast, she would always come back and say, ‘We need to work on this, this and this.’ And, really, I think that made a huge difference in the small things in that dance.”

The couple danced to “Rockin’ Robin” while wearing outfits from the 1950s.

Plinske, who works as a bookkeeper and marketing manager for Sozo American Cuisine, credited ed Lamberson for adding some personality to their dance — and making it fun.

“We wanted to capture the emotion and playfulness of the dance,” she said. “He really helped bring that out.”

Kearney’s Dancing with the Stars featured six couples from the community who performed for a panel of celebrity judges. Volunteer dance instructors helped the couples by working with them for four months. The couples presented their dances at a gala event where the audience could vote by making contributions.

Paul Stec, a member of Kearney Dawn Rotary, said of the event during an introduction in October, “The money we gather for this event will be divided equally among us and five other nonprofits, so the dancers’ effort to earn votes, and all our efforts to sell tickets and sponsorships to this event, benefit the entire community in ways we can’t yet imagine.”

Kelly Bartling, a member of the Kearney Noon Rotary and a member of the executive committee for Kearney’s Dancing with the Stars, noted that the event met all expectations.

“Our objectives were to pack the place, have a fun, exciting and memorable event — and to raise a lot of money,” she said. “We did all those things.”

“That included roughly $11,000 in votes for the dancers,” she said. “At the end of the day, we’re making profits for the six causes that will really help their bottom line. I think they will be excited when they get that check.” 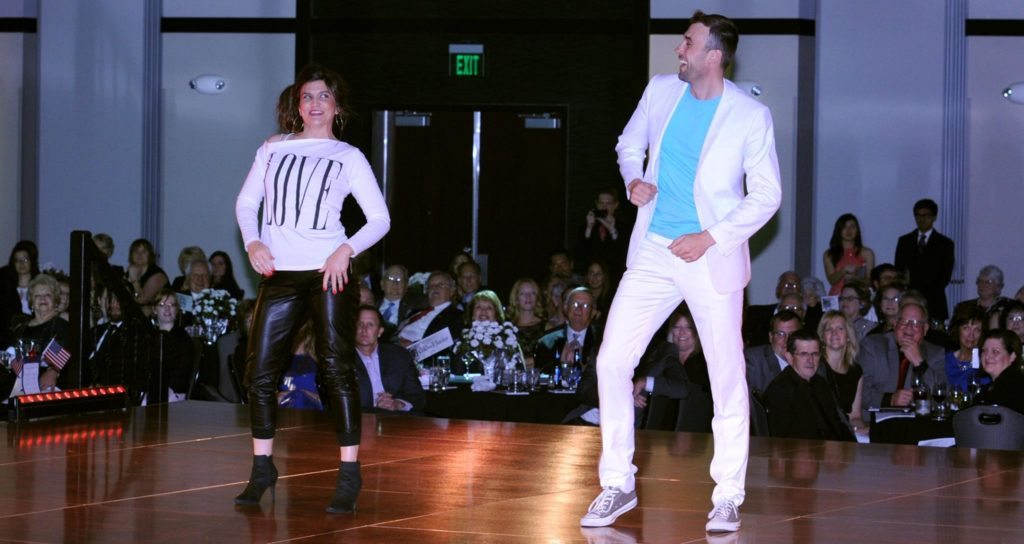 Leslie Means and her husband, Kyle, danced to Bon Jovi’s “You Give Love a Bad Name.” Leslie, founder and owner of Her View from Home, originally trained with Dave Griek. Kyle replaced him when Griek suffered an ankle injury.

“I tried to pick up where they left off,” Kyle said. “It was great because Leslie knew most of the dance at that point, and she helped me learn it quickly.”

Leslie gave her husband some compliments about his dancing.

“He is actually, in real life, a very good dancer,” she said. “It was fun to start dancing with Dave, but when I have a chance to dance with my husband, obviously, I am going to be a lot more comfortable with it. He brings a lot of class to anything he does, and he definitely did that tonight.”